Welcome to Dino Land, a dinosaur theme park ravaged by escaped predators.
You don’t know what caused the incident that set the dinosaurs free, but it was catastrophic. A pack of highly intelligent and oddly fixated raptors are hunting
the last surviving human in the park. Will these prehistoric predators claim
one final victim or with the cunning human survive long enough to be rescued?

Clever Girl is a game about the extraordinary lengths someone will go through to survive in the face of crushing odds and terrifying circumstances. It is a game about loneliness, fear, and the will to live. It is also a game about trauma and revenge, and how a burning desire for retribution can become your downfall.

HUMAN EDITION: You play the solitary survivor of a devastating failure of park security. The dinosaurs are loose. You’ve seen people torn apart by merciless killers and trampled by herds of colossal beasts. You may not have done any killing yourself, but you certainly caused deaths in your haste to find shelter. Who might still be here if you had just stopped to help?

RAPTOR EDITION: You play as the leader of a raptor pack, newly freed after a massive park failure. You and the rest of the dinosaurs have claimed the park for yourselves, driving the humans out or destroying them. While others were running away you were rushing back in, tracking the one human who did you the most harm.

HUMAN VS. RAPTOR: You and a friend will each play one side of the story in a tense race for survival. Intertwine the stories of a human trying to survive long enough to go home and a raptor fueled by grief and revenge.  Requires two tumbling towers and one deck of playing cards.

COOPERATIVE PLAY: Play together with a friend as human companions supporting each other or as raptor hunters out for blood. Will your bonds remain strong through the hardships and trials this island has in store?

PRINT-AT-HOME BOOKLETS: Clever Girl now comes with a color PDF for viewing on screens and a low ink version, both of which are formatted for at-home booklet printing. Just choose the "Booklet" option during printing! A folding tool and long-arm stapler are recommended.

If you would like to own Clever Girl in zine form, head over to Indie Press Revolution, or check your favorite games retailer. 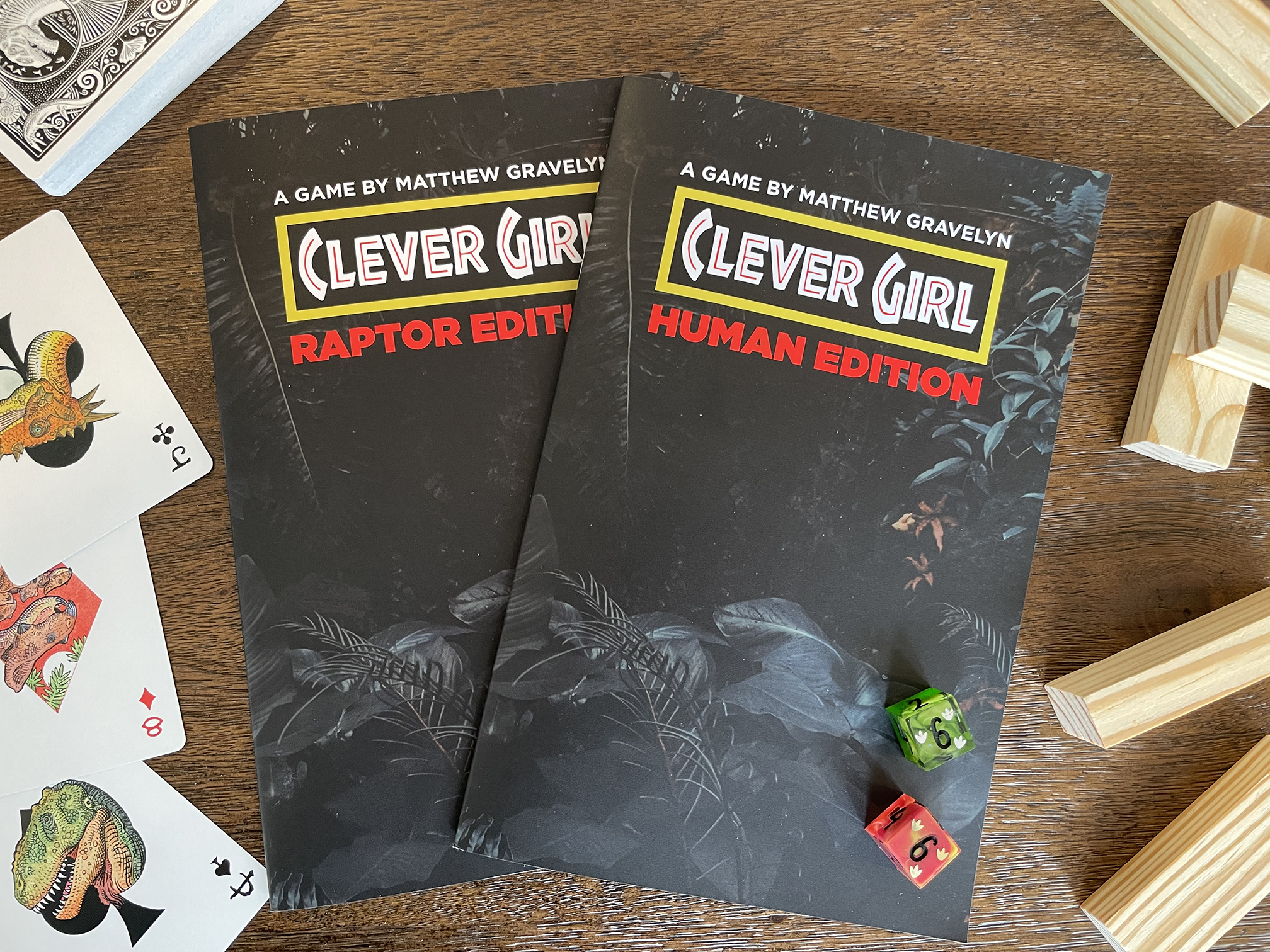 The talented Sam Leigh has created a wonderful playlist for Clever Girl that you can listen to during your games. It's tense, dramatic, and perfect for that one last block pull. Listen to it on Spotify.

AYolland (@AYolland) is recording a play of Human Edition with a thematic old school computer terminal theme. Their character Alex is a janitor for the park who is left alone to figure out how the security systems all work and struggle to survive. Check out Ayolland's website for more. 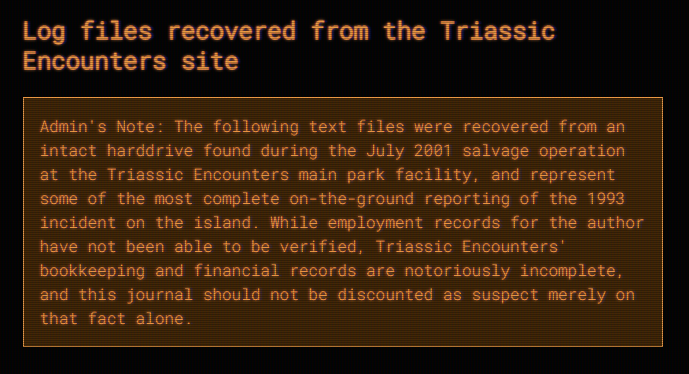 Susanah (@SusanahGrace) and Charlie (@FrostFromFire) did a cooperative play through of Human Edition that they posted to Twitter by taking turns responding to prompts with their individual characters. To check out the entire play record, start here.

"A fantastic Jurassic Park inspired game that is easily playable with a simple ruleset and which can be played alone. A gameplay session for me took about two hours before I got eaten alive by dinosaurs, and I don't regret a single minute of it." - Creatively Queer Press, March 7, 2021.

"The game certainly captures the tense ambience of Jurassic Park, and is bound to be popular with fans who are looking for something they can do at home currently." - Jurassic Park Podcast, June 27, 2020.

In order to download this game you must purchase it at or above the minimum price of $10 USD. You will get access to the following files:

This is for those who want to engage with Clever Girl but the cost would cause financial hardship. For every copy of the game purchased at full price, a community copy is added for those who need it. Please take advantage of this if you need to, no questions or judgement.

Thank you so much!!

do community copies ever pop up again for this? seems i missed out, looks pretty great!

I recently had the opportunity to play the Human v Raptor 2 player variant and had a blast. It’s a fun way to tell a story with a friend and feel some subtle competitiveness and dread along the way.

It worked really well for online play too. What a great way to spend an evening!

Awesome, I'm glad you had fun with it! How did the story end??

Would it be possible to ask for a community copy? This looks amazing!!

More have been added!

Maybe the name of this game's fictional theme park could be tweaked a bit so it doesn't get conflated with the James Gurney books?

I posted a review and info about the Kickstarter here: https://ko-fi.com/post/Clever-Girl-by-Matthew-Gravelyn-Kickstarter-Review-G2G26D...

Thank you for the amazing review!!

Can i ask for a few community copies please 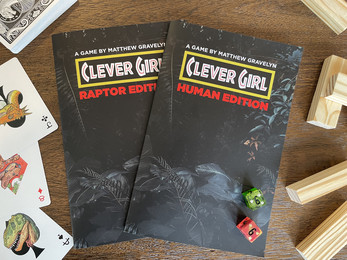 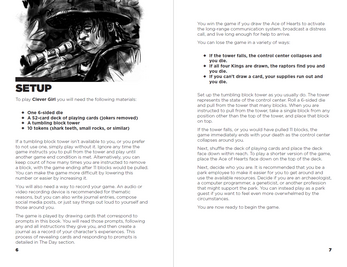 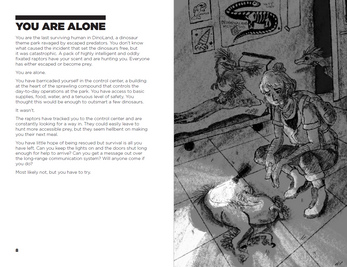 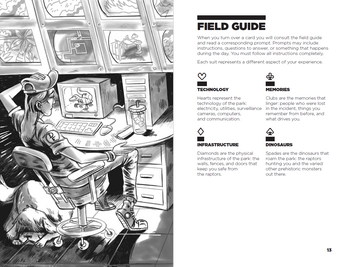